Talk to Strangers: Creating a Welcoming America at KSU

Event: Talk to Strangers: Creating a Welcoming America at KSU

Where: Prillaman Hall 1000 (auditorium) for the presentation, followed by further discussion and conversation in Prillaman Indoor Plaza (room 1001). 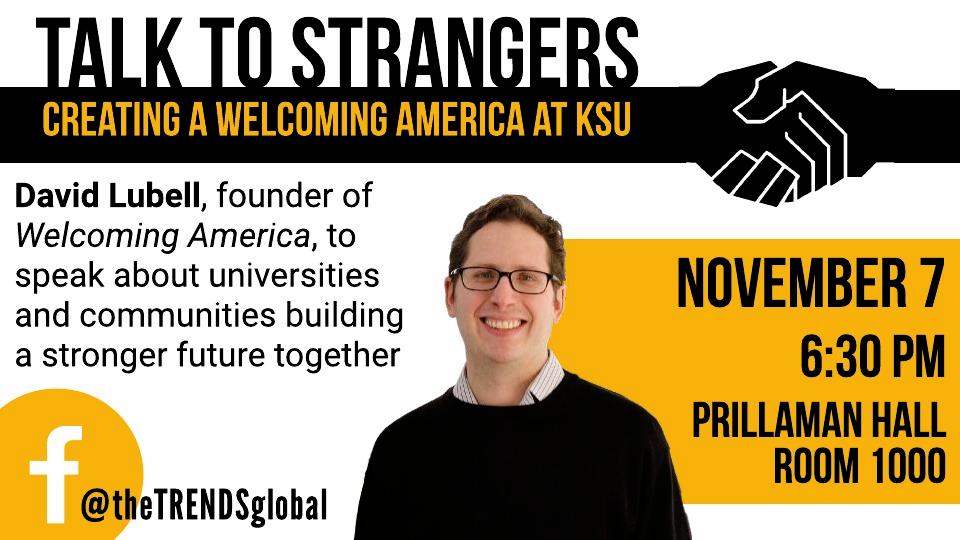 On Tuesday, November 7, from 6:30 PM to 7:45 PM, in Prillaman Hall 1000 (Auditorium), join us for a discussion with David Lubell, founder and Executive Director of Welcoming America, a global nonprofit headquartered in Decatur, Georgia. Welcoming America, established in 2009, works in over 100 cities and towns across the country, supporting nonprofits and local governments to transform their communities into inclusive places where everyone thrives. Mr. Lubell will speak about the welcoming movement and what universities and students are doing to ensure that their communities are building a stronger future together. Following the presentation, there will be time for further discussion and conversation in the Prillaman Indoor Plaza. 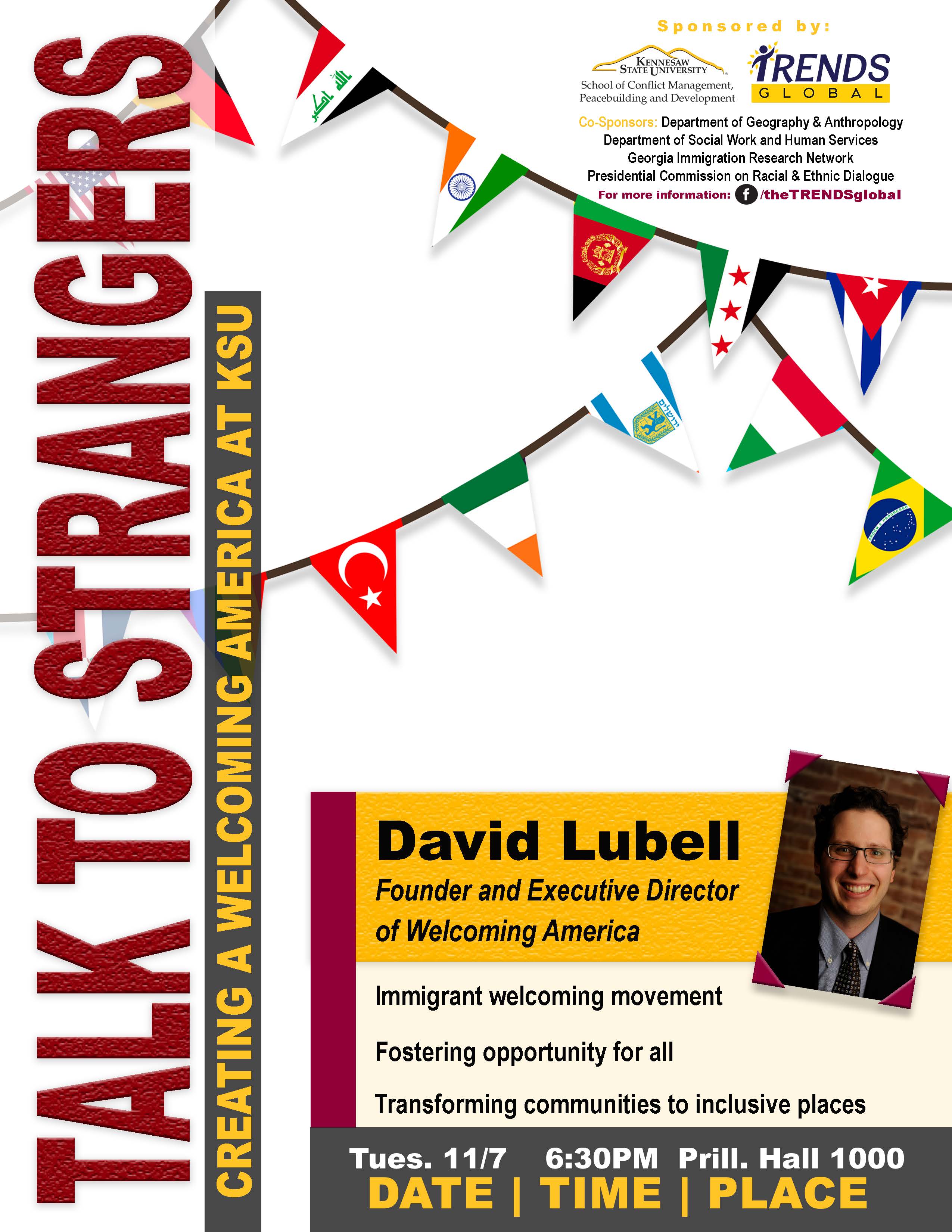 A Wesleyan University graduate, Mr. Lubell received a master’s degree in public administration from the Harvard Kennedy School of Government. Mr. Lubell is a recipient of several social entrepreneurship fellowships, including those from Ashoka, Draper Richards Kaplan and Harvard. He is also a World Economic Forum Young Global Leader, and was named to the 2016 Chronicle of Philanthropy's 40 under 40 list. In 2016, he also gave a TEDxBerlin Talk to highlight the importance of welcoming newcomers and received the Ohtli Award, one of the highest awards given by the Government of Mexico to those who work with the Mexican community abroad. Most recently, Mr. Lubell was selected as the recipient of the prestigious 2017 Charles Bronfman Award.

The event is sponsored by the School of Conflict Management, Peacebuilding and Development, and TRENDS Global (Transnational Research and Engagement in Diverse Societies), and co-sponsored by the Department of Geography and Anthropology, the Department of Social Work and Human Services, the Presidential Commission on Racial & Ethnic Dialogue, and the Georgia Immigration Research Network.

August 28 article about the event in The Sentinel: “Immigration, integration expert to visit campus.”

Back to Events Page